Willow Croft: You’ve written about vampires, dragons, ants, and…cats! If you could become any one supernatural, fantastical, cryptozoological, or non-human life form, what would you be, and why?

Garon Whited: Anything? Anything at all? We’re not even going to narrow it down a little? Oh, well, start with the softballs, sure. Ease into it. Don’t go for the tough questions right off. Pfft.

Let me think about that. [time passes] Okay, I think I’ve got it. While it’s tempting to be a Time Lord—and steal a TARDIS—or to be a dragon, or even a vampire, I think I’d have to settle on a third-stage Lensman. They were designed by the Arisians, true, but they’re about as perfect a creature as has ever been. While they may live an immensely long time, they’re not immortal—unless they choose; whether they can extend their lives indefinitely hasn’t been conclusively determined.  Immortality isn’t necessarily all it’s cracked up to be.  They have immense intelligence, profound powers, exceptional physical prowess, and basically every advantage ever found in the entire lexicon of human potential.

Unlike Arisians, however, they aren’t necessarily totally cerebral. They’re still humans, although highly advanced ones.  And, when it comes right down to it, I’m a human. Mostly. Kind of. In many ways. I should probably go with what I know rather than try to figure out all the fiddly details of another species. 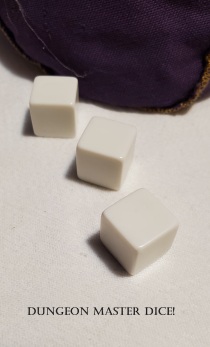 “You pushed the ‘Talk’ button?”

“Is it some sort of experiment?  Dalek repellent?  Cyberman poison?”

“I can drop you off in Wales, you know.”

“So, you were saying about this delicious-looking bowl of…?”

“There’s peanut butter in that?”

“I like the chocolate. And the peanut butter adds flavor. And it makes it easier to spoon it up.”

“Look, if you’re going to steal a food replicator from the Federation, could you at least program it with something else? I would like to eat, too!”

“It’s programmed for everything but tea. Ask for tea.”

“It’ll work out what you want to drink through taste bud patterns and neurological signals. It will then produce a liquid which is almost, but not quite, entirely unlike tea.”

“I find it highly improbable you’re only just now noticing.”

“I was confused by your heart of gold.”

“I knew I liked you for some reason.”

Willow Croft: Logic and science aside, if you could travel back in time, what historical event would you change, and why?

Garon Whited: Sorry; I can’t ignore the logic and science part. Too many years playing role-playing games where the players need to have a consistent framework where things can eventually make sense.

However, if I’m going to change something, there are a couple of candidates.

Was there an Atlantis? Let’s talk about it not sinking—or, at the very least, playing tourist before the end. Did aliens build the pyramids?  We’re going to need to talk about that—to the locals, and to the aliens. And so on.

But for documented historical stuff, allow me to mention the Library of Alexandria.  While I acknowledge the place—for history’s sake—has to be sacked, would it really be such a bad thing to show up a couple of years beforehand, hire a hundred scribes, and make a backup copy? Or just spend my days in the library, pretending to read everything, while wearing newfangled glass lenses over my eyes? “Newfangled” to the locals, perhaps. The concealed high-tech video recording device I’m using to make copies of everything I pretend to read has to blend in.  I’m not slapping the documents on a copier.

Willow Croft: Do you have a favourite pair of D&D/role-playing dice?

Garon Whited: No, I don’t. These days, I use my laptop. It keeps my character records, worldbuilding, magic items, custom spells, the works. I’m pretty good with Excel and the workbook I have is huge, holding dozens of cities, one Empire, three kingdoms, a bunch of races, and enough adventure ideas to keep a table full of players busy from now until my grandchildren are old enough to sit by the fire and mutter about how D&D was different in their day.

Sometimes I wonder if I should just publish the darn thing. Then again, there are so many useful tools out there on the internet, as it is. Up-to-date ones, I mean, covering lots of different editions. If you’re not big on editing spreadsheets, you’d have to play 3.5 to use mine. Then again, come to think of it, I updated it to 3.5 over time… it was originally for 2nd edition, because my 1st edition spreadsheet in Lotus wasn’t easy to export…

Man, have I been at this for a while.

I do have a few unusual dice, though.

Willow Croft: What’s the most frightening thing that has crawled out from the depths of your imagination?

Garon Whited: Look. [deep breath] If something crawls out of my imagination, the world is in real trouble, because I imagine a lot. So far, it’s all still in my imagination.

As for the most frightening thing in there, how about we stick with people?

Let me explain that.

Elder Gods may do awful things to the universe, inflicting madness and death on every puny life-form in much the same way as we pour gasoline on an ant mound. They do so because it’s in their nature to do so.  It’s just how they are.  Alien fungi turning everyone into zombies? Ditto. Hungry space vampires? Same. Devouring fog that weaves through the forests, puts people to sleep, and slowly leaches their blood out through their skin? All of these are creatures that do terrible things because we think they’re terrible, not because they do. We perceive them as horrible, nasty monsters. Their thought is more, “Meh.  Humans. They would think that.”

We do good and noble things. We help each other. We raise each other up. We know what is good and we unfailingly do it. If we know something is wrong or evil or just plain unnecessarily hurtful, we would never do it! …right? Right? I hear an uncomfortable silence in answer.

Or, unlike the “monsters,” do we choose to do things to each other that we know are outright evil “because we have to”? Why do we have to? Is that what we tell ourselves as a handy excuse? Or did we screw up enough that we don’t dare admit it and take the blame—so let’s eliminate the problem by eliminating people who would blame us? Or, no, let’s just lie about it. We have intelligence. We have language.  Let’s lie to each other, cheat each other, kill each other—and worse. Oh, so much worse!

Monsters—the scariest ones—aren’t the alien Things with tentacles and slime. They’re the ones that remind us of ourselves, because there is nothing more terrifying. We may fear the unknown or the unknowable, but we know what we’re capable of. What’s even worse is we only think we know… and really don’t want to find out how wrong we are.

So, the worst thing my imagination has produced? It’s sometimes plumbed deeper into the well of human nature than is technically good for it. That’s why most of what I write has a lighthearted air. I don’t like it down there.

All photos and written content (prose, poetry, articles, short stories, etc.), unless otherwise specified, are the creative property of Willow Croft. Please do not use or reproduce ANY of the materials without express written consent from Willow Croft or other individuals whose work is shared on this blog. Thank you! © Willow Croft 2021
insight07's blog

life is a lovely chaos

author, speaker and lover of Dalmatians

In the realm of health, wellness, fitness, and the like, or whatever inspires me.

A Writer-Bear for Our Befuddled Times

Gather 'round and hear a tale...

Really?! This will probably be about my cats...or zombies. Whichevs.

THE DARK SIDE OF THE MOON...