Better hurry up and read this interview with Ray Van Horn Jr., because I just heard the ice cream truck! 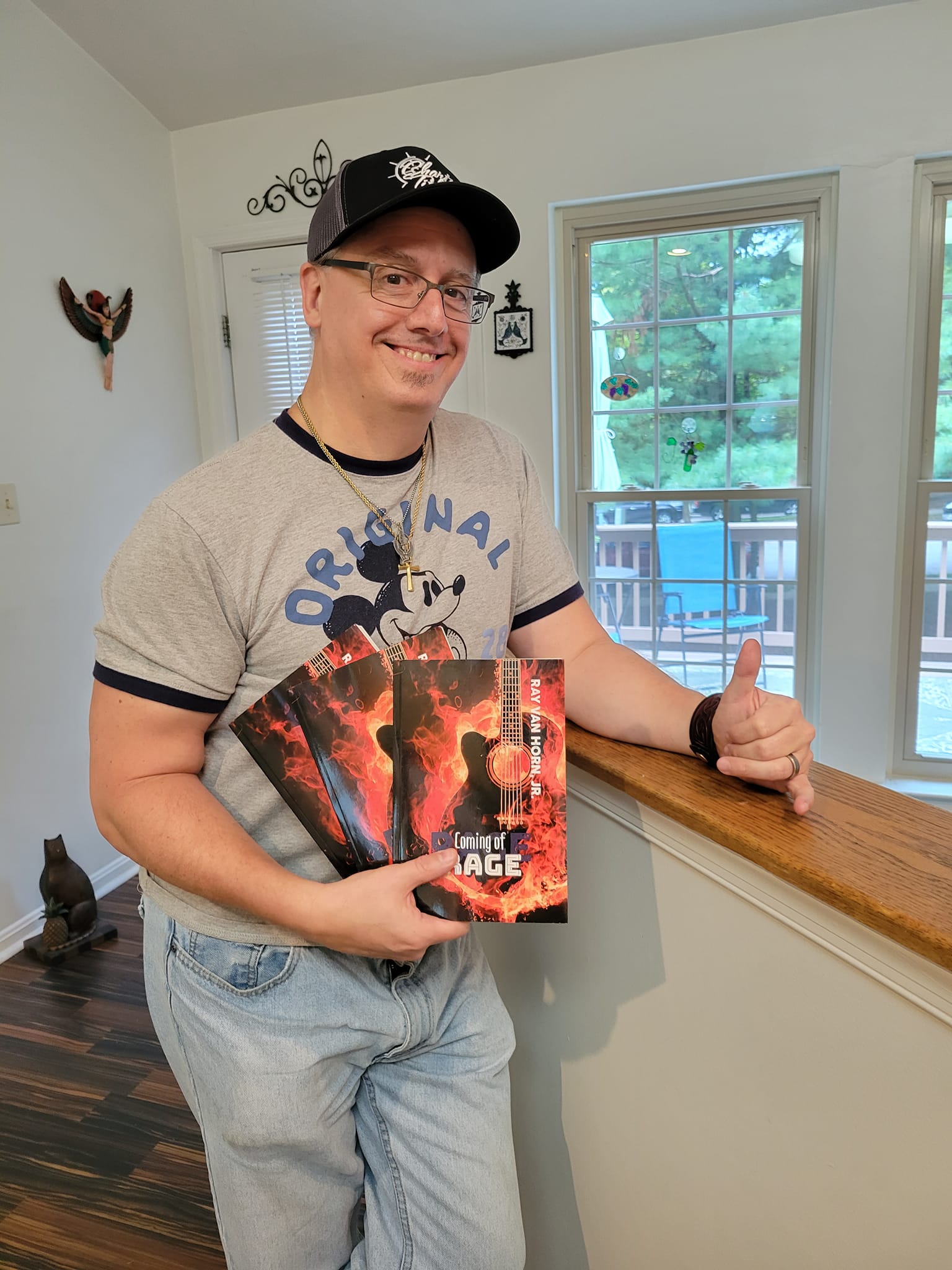 Willow Croft: If you were stuck with only one arcade game or video/computer game from the 1970s/80s, which would you pick, and why?

Ray Van Horn Jr.: In the ‘70s, video games were still fledgling experiments before the big boom in the 1980s. As a young ‘un, the rage was Pong, as in the electronic ping-pong game with head-to-head, block-shaped “paddles” and a square blip representing a ball. Same concept, get the blip past the other player for a point. Your family was considered an up-and-comer in the social strata if you had one then. My family wasn’t up-and-coming nor poor, and we had a Pong console, which we entertained people with at social gatherings in our home. Sounds crazy, but it’s true! We were much easier occupied than today’s generation. We also read books, spun vinyl records you had to take the time and energy to flip over and we went outdoors to play instead of an Xbox portal, just saying.

Pong was played with a console that hooked up to the t.v. and mind you, this was the age of floor cabinet tube televisions or medium-sized shelf or stand models. It was still an era of black and white picture televisions, as color models weren’t always a given in each household. I won’t bore you to tears over the rabbit ear picture control antennae mounted on top the t.v.s, but anyone who lived it won’t forget it. Younger generations would be astounded by the primitiveness of it all, though there’s been a newfound fascination of our archaic ways courtesy of Stranger Things.

While there was an early-on version of the Atari 2600 gaming console in 1977, it really blew up in 1982 once arcades became a huge thing. Arcades were a way of life and if they were worth a hoot, they were decked in neon piping and low-lit from above, so the machines could bask with the neon like Space Port and Space Station in my area. In other words, like Tron brought to life. Back then, you’d pay a quarter a play for an arcade machine, and adjusting for the times, we had miniscule (by comparison to today) allowances, i.e. a dollar or two. You found a game you could get really good at in order to make that quarter last, since most of the time, our parents dropped us off in an arcade while they shopped elsewhere. Otherwise, an arcade was tween and teen social hour.

Then you had to deal with the “quarters up” syndrome, which also applies to billiards play, as in someone claiming dibs on your machine. If you were really good, people would gather around you to cheer you on, but also to plant their quarter down on the edge of the video game screen to bid for rights to next play. That being said, the three arcade games I ruled at then and still shred today in retro arcades which we go to, are Ms. Pac Man, Galaga and Mat Mania.

Willow Croft: Imagine you were in a “galaxy far, far away” and were surrounded by a small force of the Empire’s minions, what would be your weapon of choice, if any?

Ray Van Horn Jr.: I’m old school, and nothing beats the original trilogy, yet Count Dooku’s lightsaber from the prequel set with its arched hilt where you can look gallant planting a forefinger before the saber projection…it’s just boss, man. For combat logistics, the configuration of that curved hilt sounds absurd, but Christopher Lee sold his regal saber hold as he did any project he appeared in. I have complete reverence for Lee as an icon of Hammer horror films, Saruman from Lord of the Rings and his other film works. The man even recorded a heavy metal album before he passed. Legend!

Now, any Star Wars geek like myself is going to cry foul at my choice, since Dooku was not only a Sith also known as Darth Tyranus, but he spearheaded the Trade Federation’s coup of Naboo, fostering Palpatine’s subversive hijack of the old Republic en route to the new Empire, of which you propose. My purposeful shenanigans here are predicated on the presumption I’d learned the Force and snagged Dooku’s saber for Imperial credits on the Old Republic dollar, using a Jedi mind trick against a drunken Rodian junk dealer hocking it on some backwater planet generations later.

Willow Croft: Let’s talk about food “less travelled”! It’s a three-parter, so take your pick, or answer all of them (sadly, no bonus prize, though)! What tasty treat to you remember from your own summer camp adventures as a kid? Alternatively, what’s your favourite trail snack(s), or what’s your go-to camping cuisine recipe?

Ray Van Horn Jr.: I never really went to summer camps, or a sleepaway camp (outside of those zany horror movies of the same name, ha!), but I went to plenty of swimming and nature day camps as a kid. What sticks out the most in my mind are the orange creamsicles we were gonzo about. Good Humor used to have an orange, gelatinous glob crammed inside a cardboard tube called a Push-Up, which many of us kids of the day of loved.

Favorite trail snacks, since we do a lot of hiking: bananas, kiwi or a nut mix filled with cashews, peanuts, dates, raisins, coconut shavings, M&Ms, almonds and such. When I do solo hikes, I likewise have these on-hand or a bag of Craisins. A turkey sandwich on wheat with stone ground mustard for the long haul hikes.

Willow Croft: A visitor from the future has loaned you their time travel machine and unlimited credit for a one-time shopping trip to the original Hunt Valley Mall you write about on your blog (https://roadslessertraveled.com/2022/03/21/why-i-miss-the-original-hunt-valley-mall/). What store do you head for first, and what would you buy?

Ray Van Horn Jr.: First, I would toss my benefactor a gnarly hang-loose sign with my thumb and forefinger shaking about by way of thanks. With a shout of “Mega rad!” I’d aim right for Camelot Music to scout for the newest heavy metal cassettes of whatever day I landed in. I’d save some of my cash for a drop into Big Sky, which had cool jeans at a reasonable price (even for a mall), then look for my friends at the food court for pizza, then, of course, a raid at the arcade. Assuming I hadn’t overspent, I would dip into Friendly’s for a mint chocolate chip ice cream sundae!

Willow Croft: Speaking of fictional time travel, how would you envision the world in about 50 or even 100 years?

Ray Van Horn Jr.: I’m very concerned about the ongoing rape and careless abuse of our planet. I think the garish dystopia of Blade Runner 2049 is alarmingly on the money of where we’re headed if we don’t pay attention to Mother Gaia’s rising ire and subversive plea to get our selfish, polluting heads jerked out of our bums. I believe our natural resources stand to dwindle with exponential population growth and lackadaisical care in restocking and cleaning after what we reap. Replanting is key if we want our atmosphere to provide for us. Some people tend to think sectors of heavily forested areas means we have nothing to worry about. This is blind arrogance. I foresee more synthetic agriculture and animal cloning as time progresses, species die out and humans are forced to subsist on whatever science can give them, instead of nature. A world with ashy, burnt skies awaits us, ushered by wars and human negligence. Gaia provides all which we need; we need to treat her with far more respect.

I think modern society has become far too dependent on technology and I try not to worry about my son and his generation, who can’t go a single day (much less 15 minutes) without a glowing gadget within reach. Then again, people of all ages are glued to a device more than they set their eyes free to behold the beauty of their live habitats. My fiancée always posits the solar flare theory, which could wipe out the collective motherboard worldwide, shutting electronics down and forcing us back to the primitive. If we’re one day out of fossil fuels, oil, herbs, potable water and what we need to engineer horticulture, we’re done for on this planet. Less time inside the virtual, people, seriously.

I hope we evolve as futuristic society, learning from past mistakes and embracing our differences. I doubt I will see it in my lifetime, but I dream of a purge of bigotry, racism, homophobia and religious persecution. Those folks who can’t get with the program can leave the Earth and cultivate Planet Hate, as far I’m concerned. A lack of empathy is what mankind today suffers the greatest from, and if that doesn’t change, expect a barbaric purge more in tune with the murder spree movies of the same name. I hate getting on my high horse in such a fashion, but people have to want change, embrace diversity and treat our planet and its thousands of species like the gift it is if we’re ever going to survive your timeline.

I hope you enjoyed this interview with Ray Van Horn, Jr. but if you’d like to learn more about this author/journalist and his adventures with icons of heavy metal, punk, and more, visit him at his website: https://roadslessertraveled.com/ and check out his collection of short stories here: https://www.amazon.com/Coming-Rage-Ray-Van…/dp/B0B7QPFYJ1. 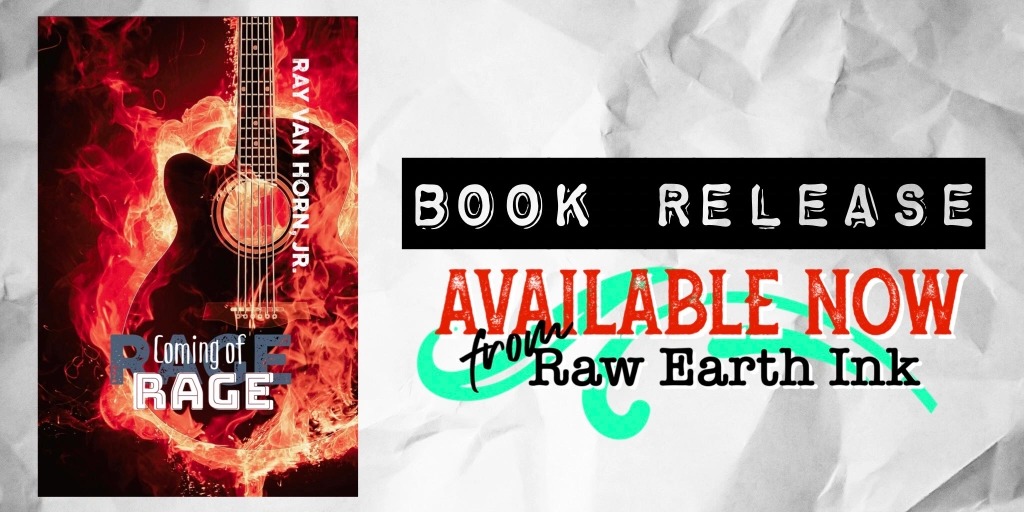 All photos and written content (prose, poetry, articles, short stories, etc.), unless otherwise specified, are the creative property of Willow Croft. Please do not use or reproduce ANY of the materials without express written consent from Willow Croft or other individuals whose work is shared on this blog. Thank you! © Willow Croft 2022
lakoroedu.wordpress.com/
words and music and stories

Let's recollect our emotions in tranquillity

The official website for the Ohio chapter of the Horror Writers Association.

General Notes about my English lessons and life in Viet Nam.

Just a girl living in a rural world.

Coming at your from the horizon of the small presses!

Happiness is contagious, spread it.

Writing to Inspire, Motivate, and to help finding Hopes

A Journal Of Some Of My writings.

Life is just down the road lesser traveled....